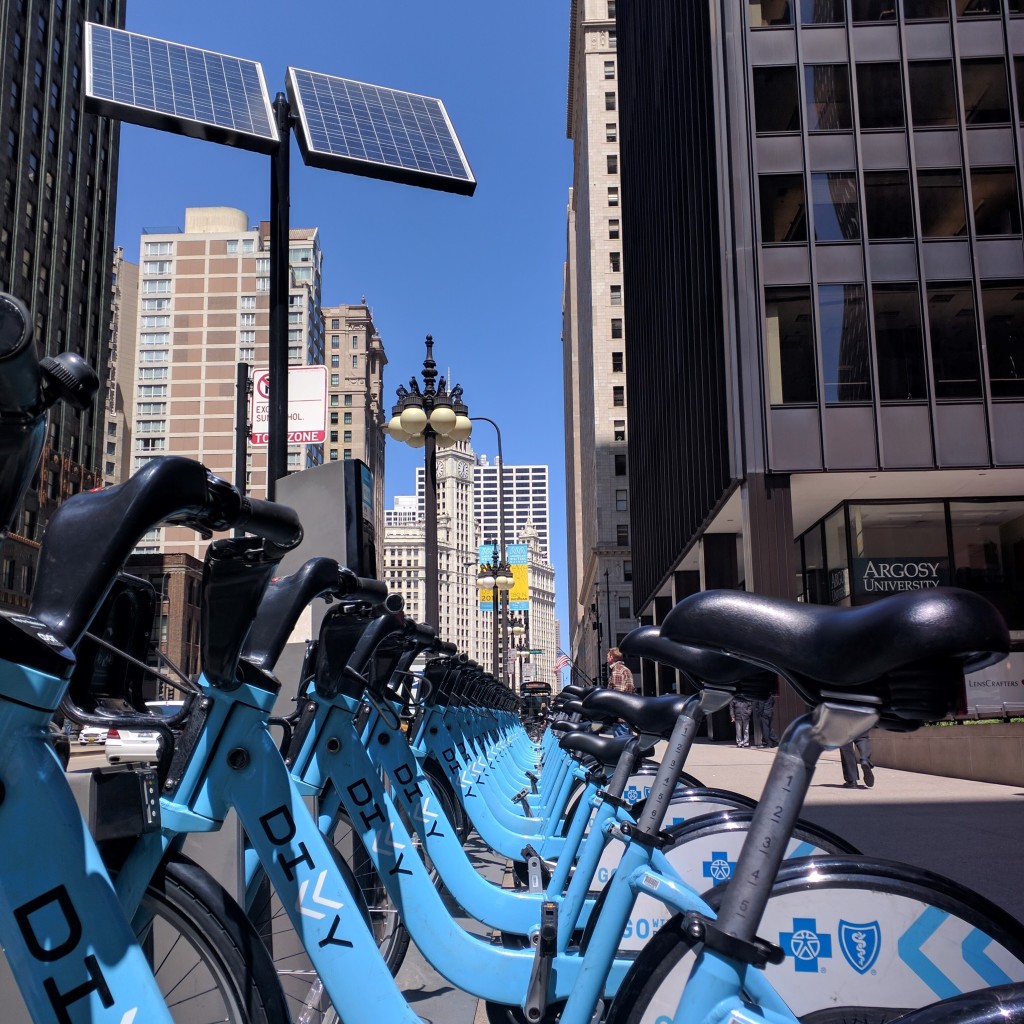 For the future health of our cities and its residents, solar power and urban cycling are a mighty combination to be imitated, over and over, across the globe, until instead of a trend it is the reality. 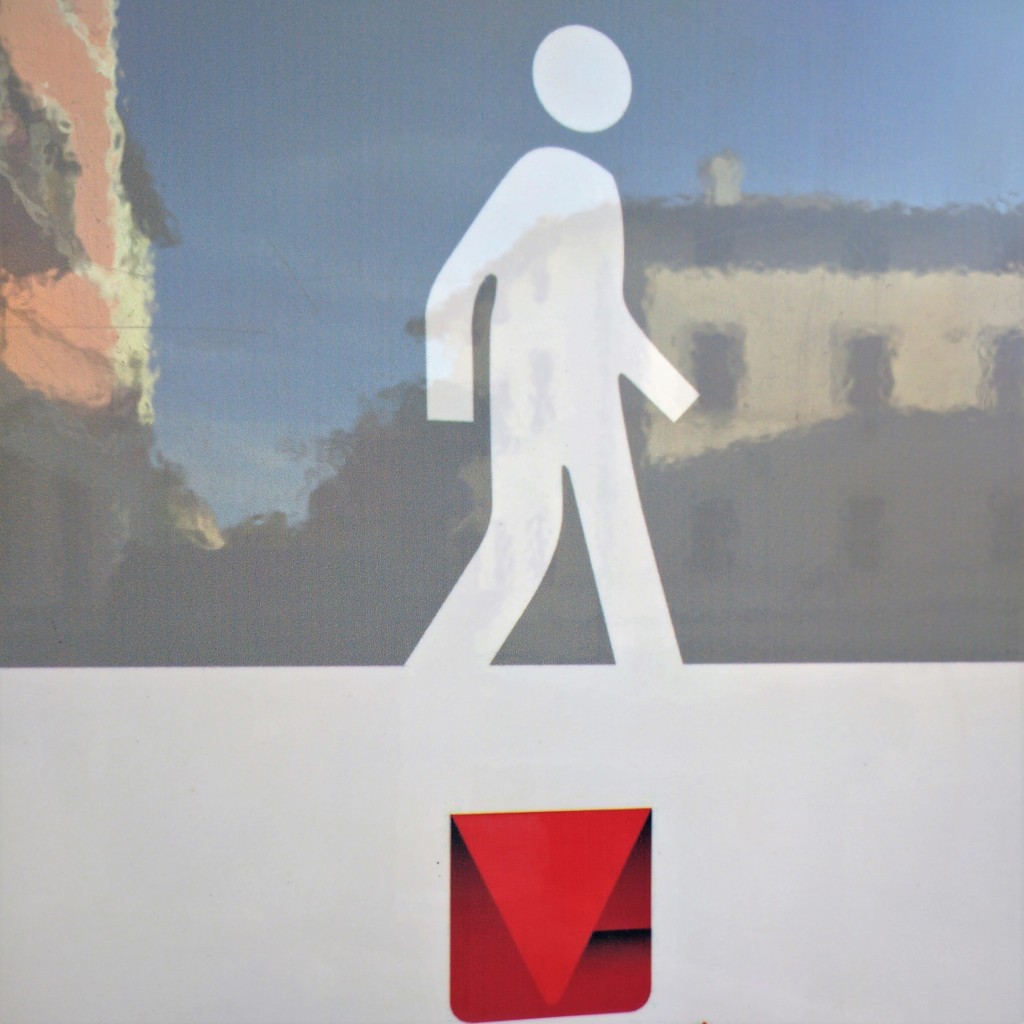 The hillside town of Spoleto, Italy is a challenge to walk.  Imagine beautiful continuous, steep hills throughout the historical center.

As residents began to abandon the hassles of parking in the older town for the new malls in the peripheral areas, the Spoleto city planning department went to work brainstorming ideas to invite folks of all ages to visit, shop and live in “centro storico”.

So what did they do to motivate residents and tourists to walk those steep hills?  The city invested significant funds into creating alternative mobility, which dis-incentivizes cars and motivates priority for pedestrians:

From 8 to 80 years old, anyone can access and enjoy this Umbrian town by leaving the car behind and going for a walk. 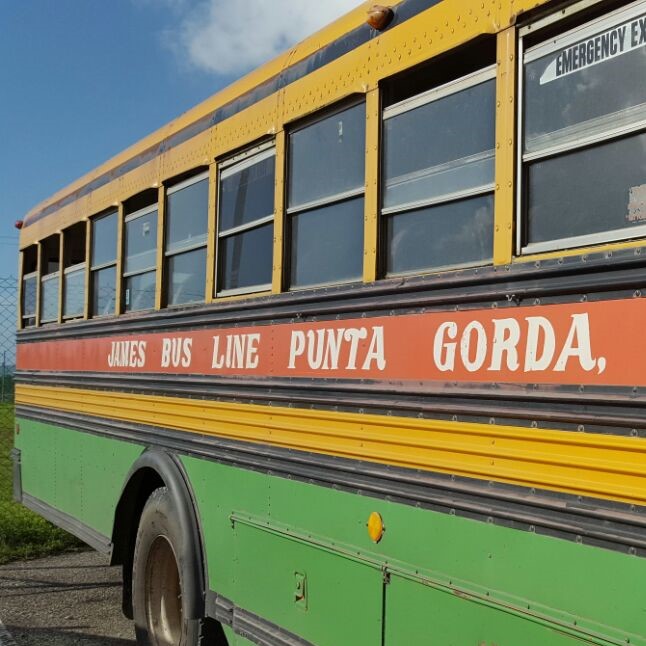 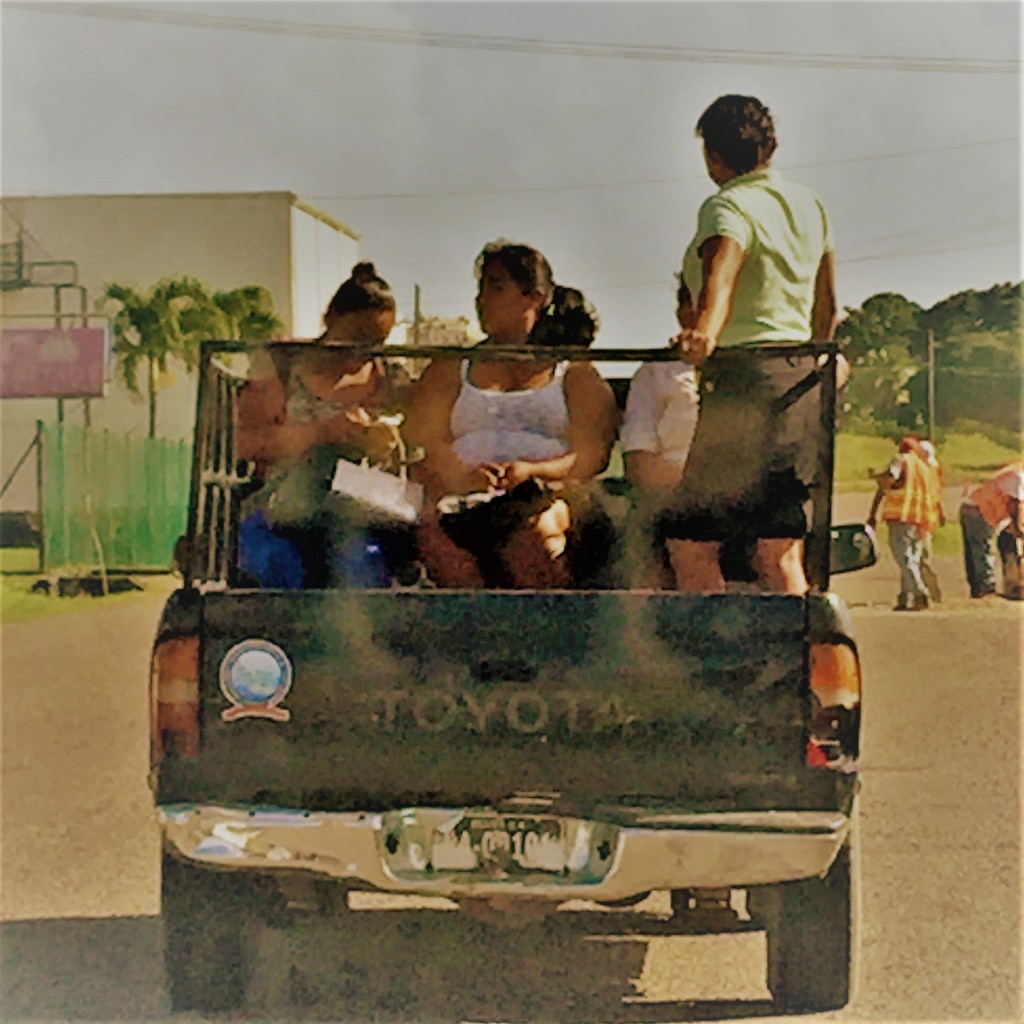 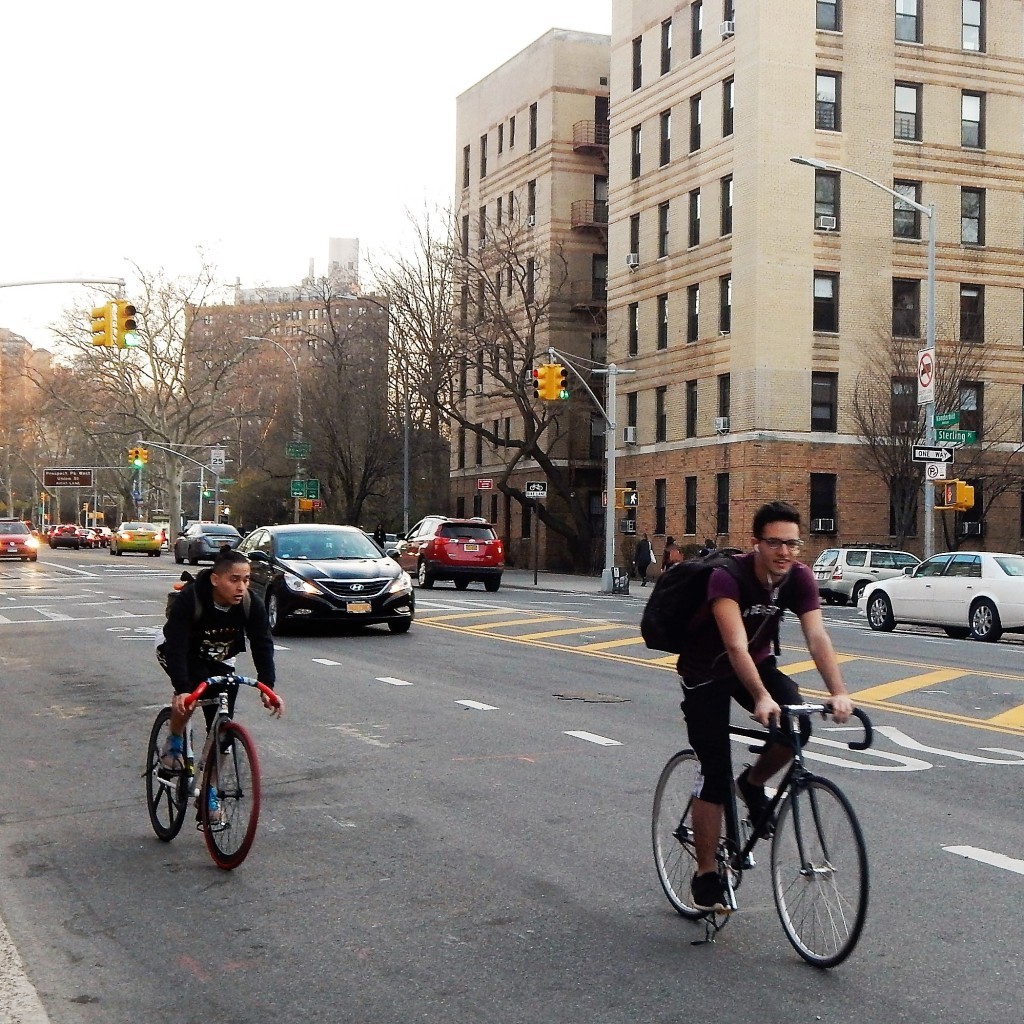 In Brooklyn cycling is an easy and agile way to get around, good for the health of our cities and ourselves 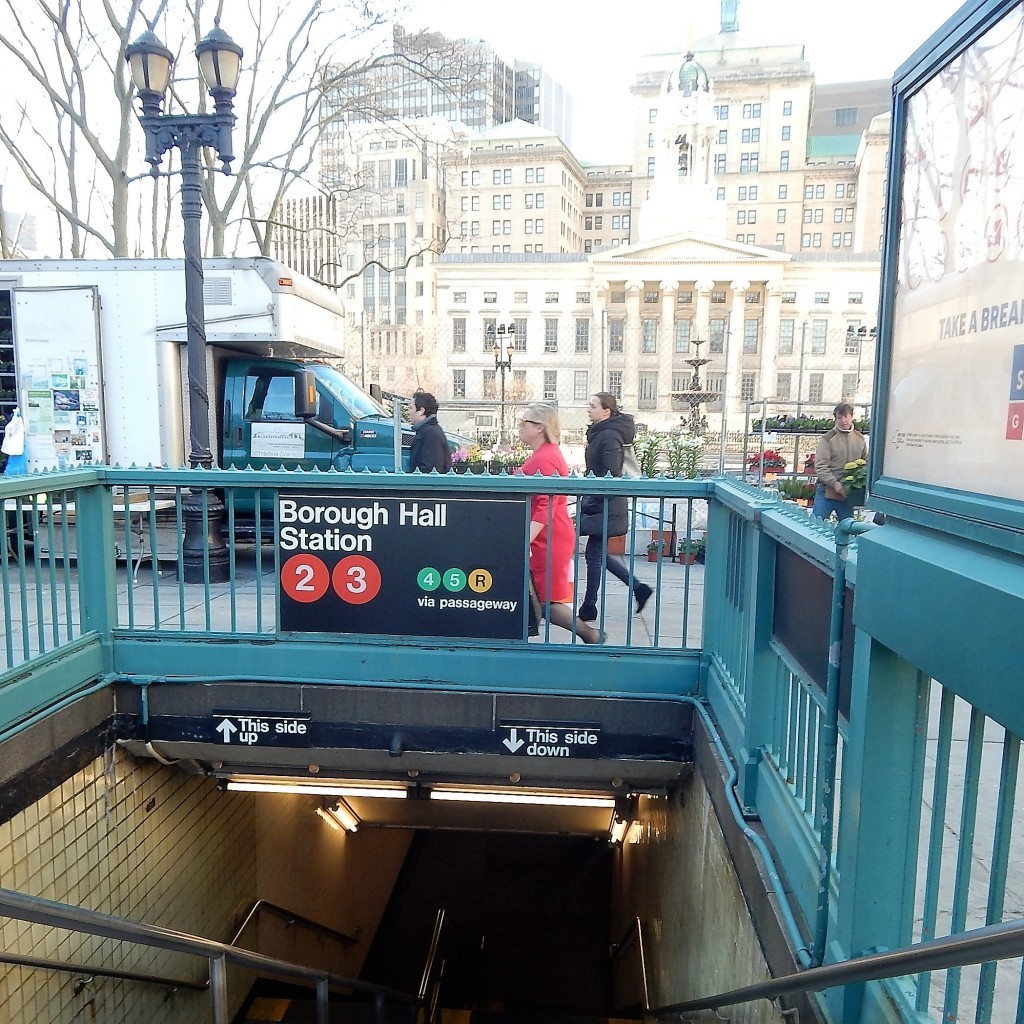 Subways are the fastest and most efficient way to move thousands, daily through Brooklyn and NYC 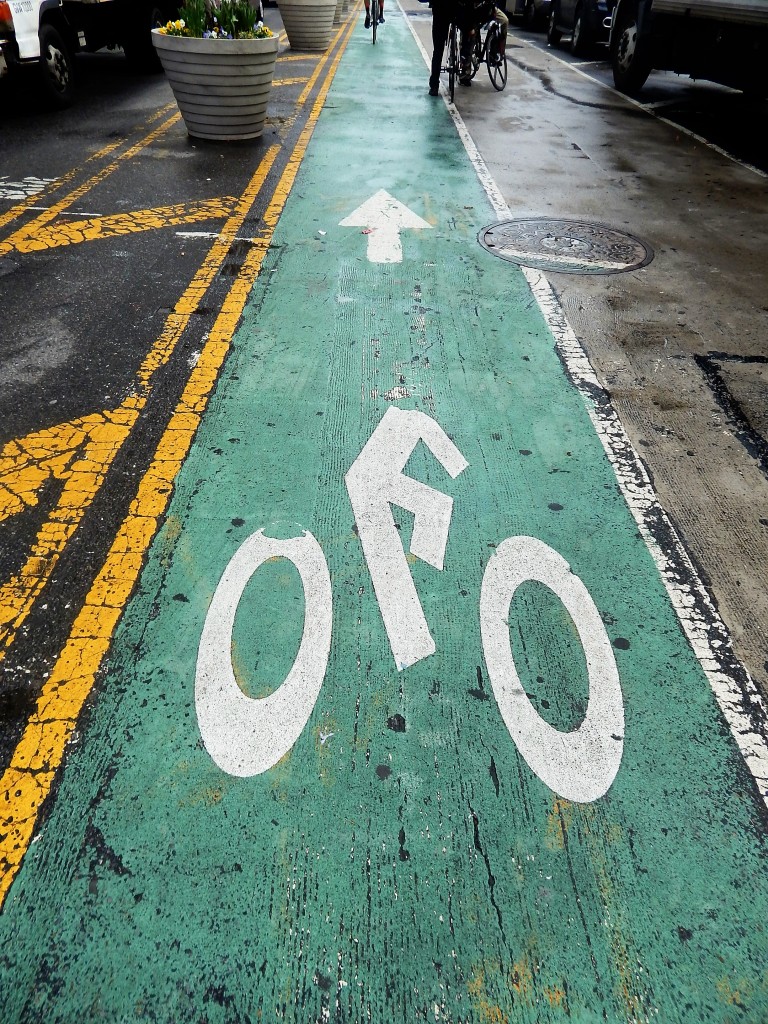 “One of the most tangible ways to engage and understand a city and its city-zens is from the seat of a bike.” 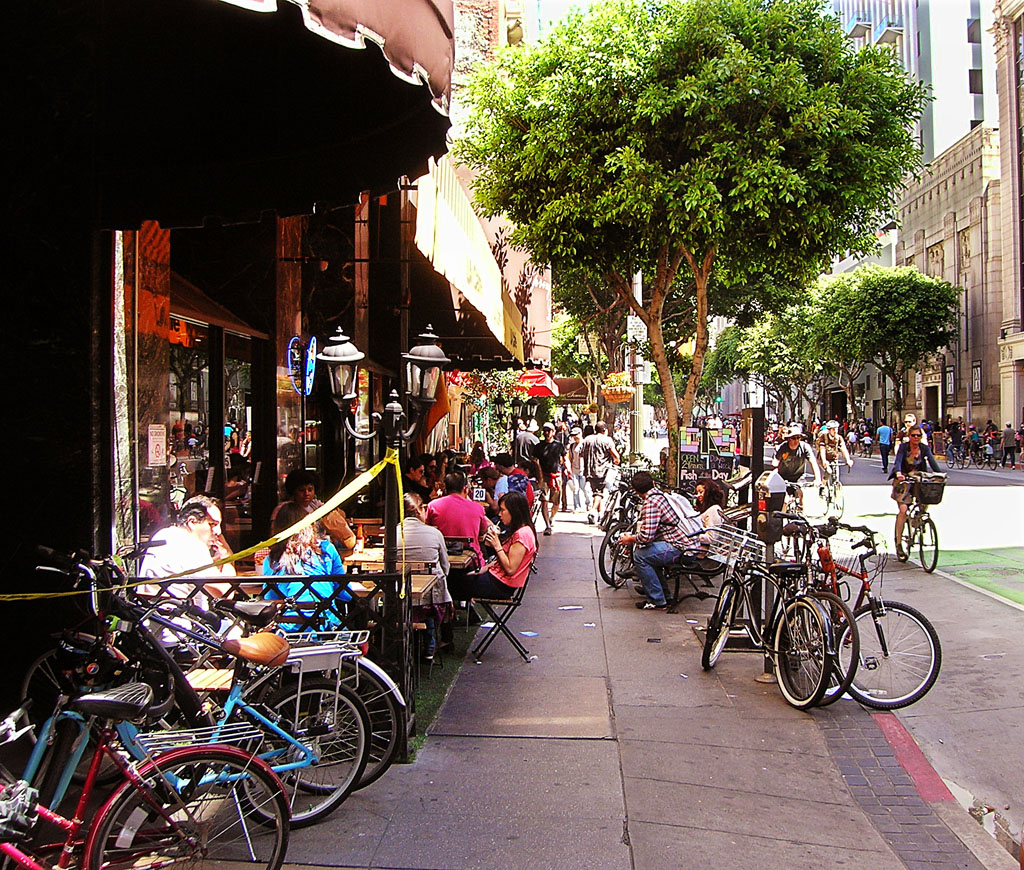 Using Our Feet for Transport – Walk Your City

Walk [Your City] wants to encourage all city residents to get to know their city via their feet, therefore making cities more accessible and affordable for everyone.

“Want to get more feet on the street? Here are the tools you’ll need to plan, create, and install an effective Walk [Your City] campaign, tailored to your goals and community context.” Here’s a page on how to get started

All Aboard the Mollie Bus! 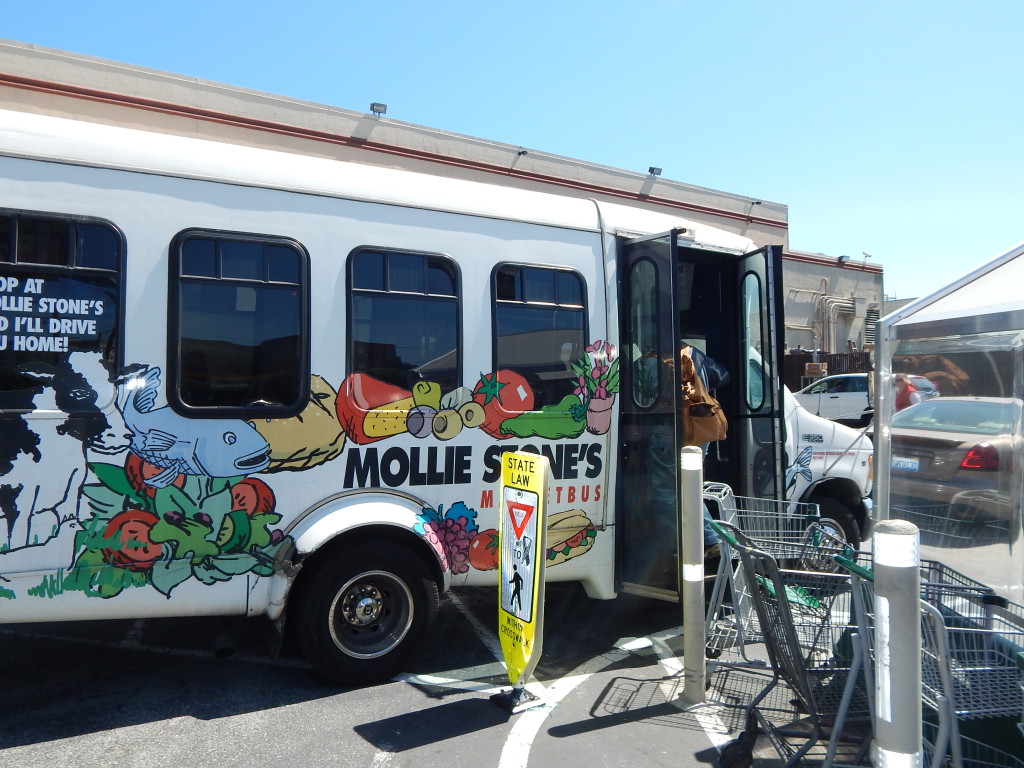 In San Francisco, there is an initiative that takes this question, out of the equation.

Mollie Stone’s chain of grocery stores has launched the Mollie Bus, a free service that takes you home from the grocery store, to your front door.

On their website, this is how they describe this alternative transport:

Here’s how it works:

We think this is an idea worth replicating. 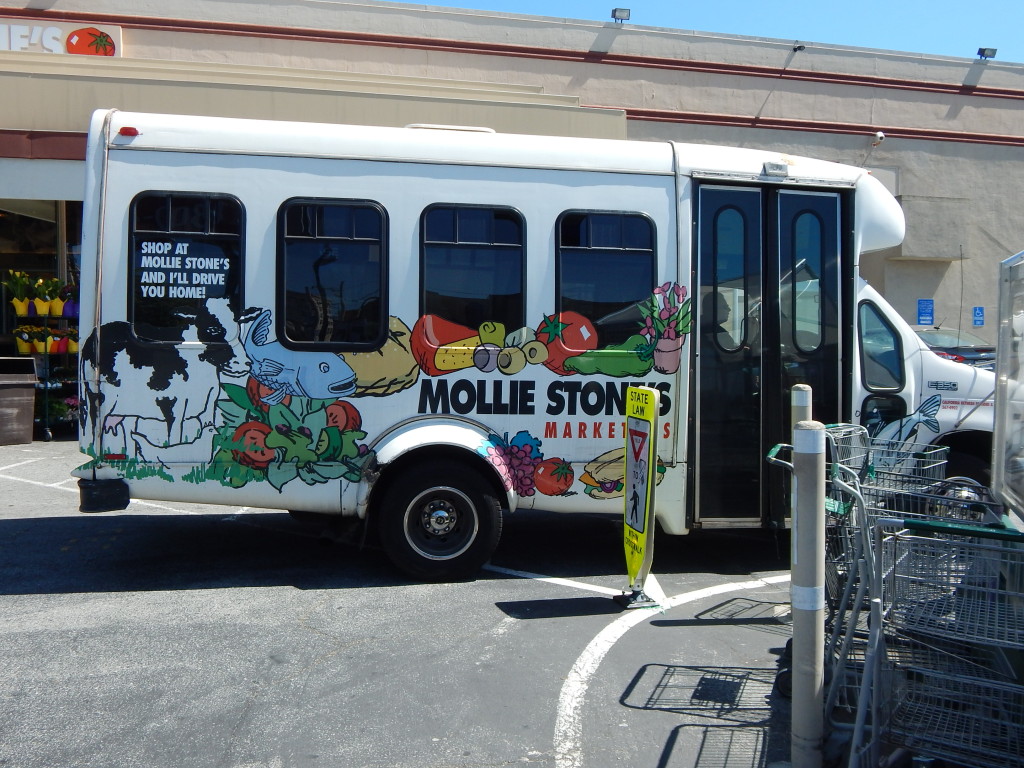 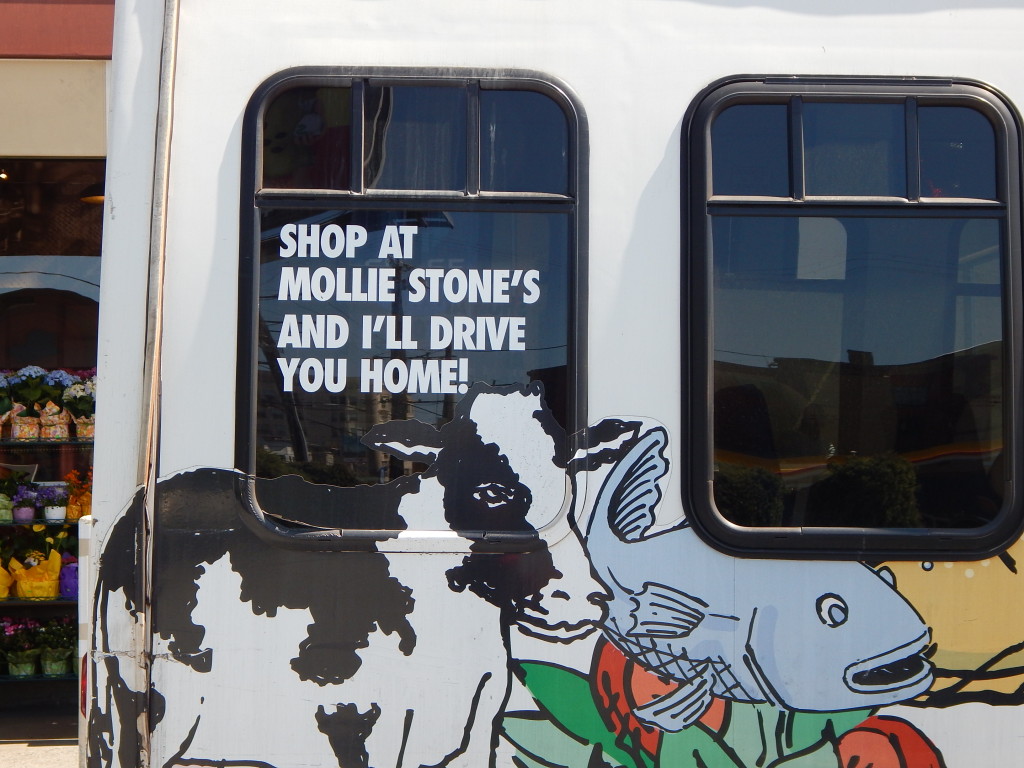 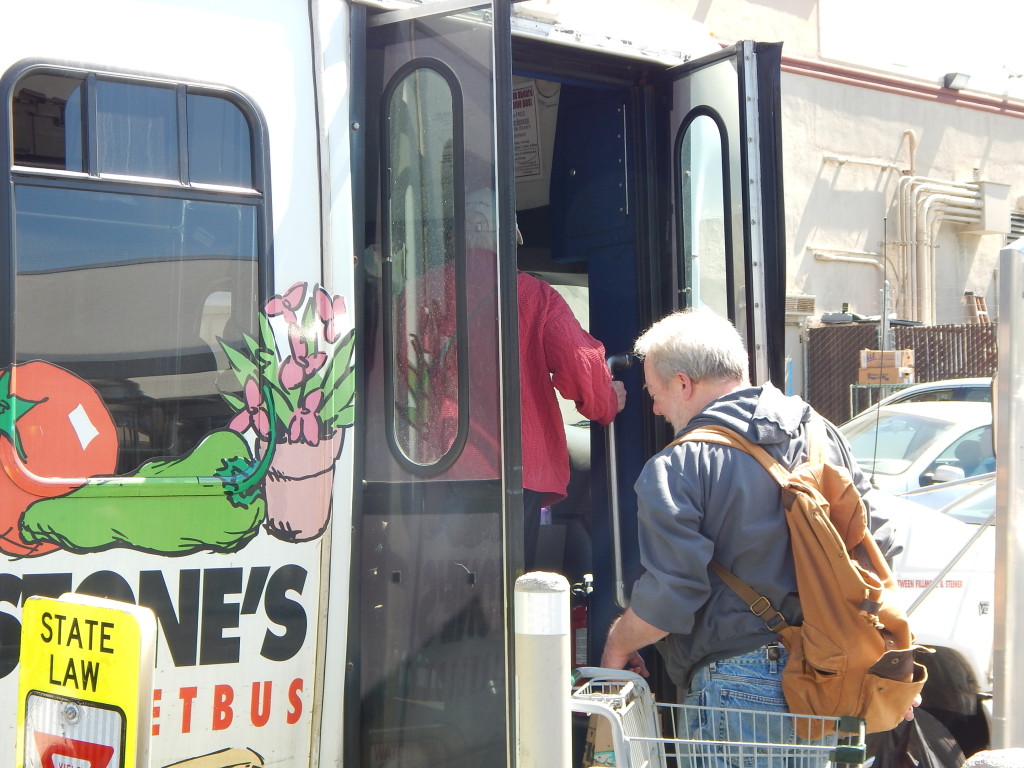 Walk Score – What is yours? 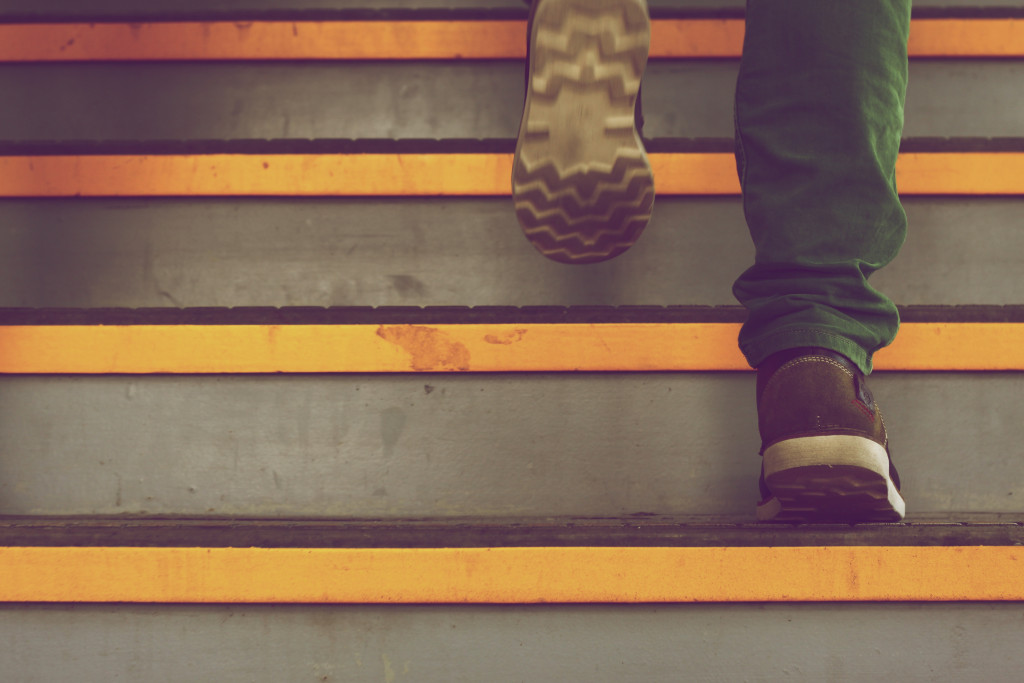 No two cities are alike.  Neither are all the neighborhoods within each city.  Going further, depending on your particular address within a neighborhood, your walkability and ease of access to public transportation, the grocery store, bank and favorite coffee shop determine your quality of life or lack thereof.

Walk Score is an impressive algorithm that generates a score of walkability by address.  If you live in Canada, Australia or the United States, all you have to do is plug in your location.  Find out if you live in a Walkers Paradise now.

4 Number Nerds Only: A Day in the Life of a NYC Taxi

Take a 24 hour virtual ride with a NYC Taxi, thanks to motion infographic creator Chris Whong. 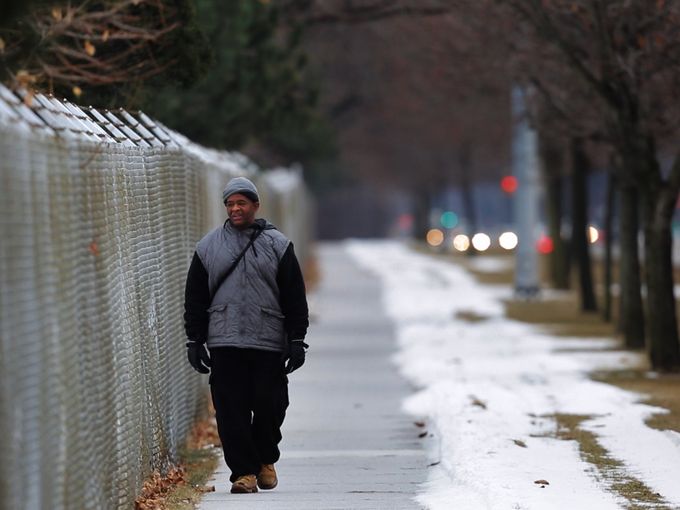 Imagine walking almost the equivalent of a marathon, each day, back and forth to work.  James Robertson, 56 year old, does just that while living in Detroit.  After problems with his car, he had to resort to a short bus ride plus a long walk to maintain his employment with a factory outside of town.

Share your tough or easy commute story.  We want to know how your city serves you daily, please feel free to comment below. 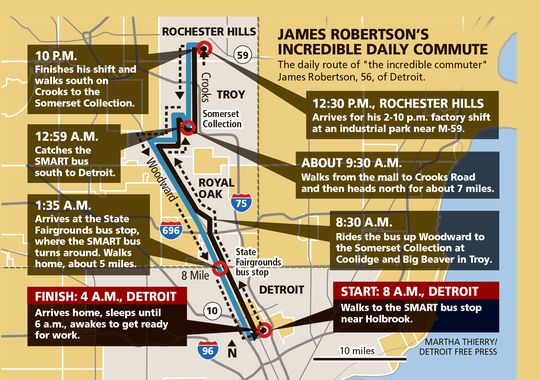 Read the Detroit Free Press’s article written by Bill Laitner.  Discover how a failure in public transportation affects so many, on a daily basis with limited bus routes and no other options for those who cannot afford a car.